Flower farming is among the top five economic activities in Ethiopia. Ethiopia has about 106 flower farms in the private sector and quite a number that are foreign-based. With this numbers, they are able to employ about 180,000 local’s majority of them being women. Ethiopia’s advantage is that of cheap labor as compared to its close competitors.

Currently, Ethiopia holds as the 2nd largest flower exporter in Africa after Kenya. The Netherlands is its largest importer and taking about 80.3% of Ethiopia’s total exports. It also exports to France, Germany, Italy, and Canada, Norway, Belgium, Sweden, UK, UAE, Saudi Arabia, Japan, USA, and other EU countries. The Ethiopian government has recently set up four hubs in Alagae, Arbaminch, Bahir Dar and Hawassa mainly using their competitive advantage that the locations will provide. They’ve considered factors such as proximity to the capital Adis Ababa, land available, altitude change, annual rainfall, day and night temperature, availability of cheap labor and most importantly good roads. That aside, the government is giving good incentives to foreign investors such as lease free land for up to 30 years, no tax on machines imported, electricity, one borehole for every 50 acres for irrigation as well as feeder roads. Looking through the ten years, there is tremendous growth in Ethiopia’s floriculture sector. Currently, the industry holds about $225 million in cut flower and still has incredible potential. With there being more than 12000 ha suitable for horticultural farming, only 11% of this used meaning that Ethiopia is far behind its full potential despite its current massive production. The government aims to get about $5 billion in five years’ time. In 2016, 49000 tons of roses were exported and 714.4 million of cut flowers. The increased foreign earnings could be attributed to continuous government support, attractive incentives as well as an increase in production volumes.

Products at a glance

The rose is the leading flower exported from Ethiopia. About 80% of the flower exports are roses, they are known for their high quality, long stems and vibrant colors. Roses have a universal symbol representation of love and are used on different occasions depending on their color. They have an approximate vase life of two weeks if well taken care of. There are a number of varieties including the African rose, fedora, Sanaa, Euphoria and the kiwito mention a few. They make exquisite cut flowers.

Fedora-It is a big head size rose that is cream in color with a light pink edge. It has an estimated vase life of about two weeks.

Sanaa-It is also a bighead size rose which is plum in color. Its vase life is 12 to 14 days

Euphoria-The size of its head is big and has a deep orange sunset color. It has a vase life of 14 days.

Other flowers exported include the carnations, statis, gypsophila and the alstroemeria. 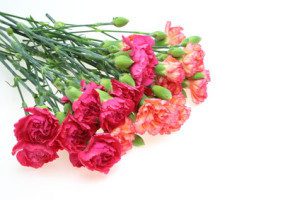 Carnations-This flower originated from the Mediterranean. It is termed as the world’s most favorites flower and is the official flower of mother’s day. Carnations have a vase life of three weeks. It is also available in a wide variety of colors such as pink, red, white, yellow, and orange.

Statice– They originated from Chile and are small in size. They make excellent cut flowers. When properly taken care of, they have a vase life of up to ten days and still keep their color even if they dry.

Alstroemeria– They also originated from Chile. The flower is available all year round and has a wide range of colors. They have a vase life of about one week.

Gypsophila- Also another origin from Chile. They are small in size and make excellent cut flowers. They are also known as baby breath and have a vase life of one week.

Most of these places are located in areas with high altitudes between 1500-1700 above sea level with annual rainfall between 700-900mm per annual. Day and night temperatures are essential. For the night, average temperatures should be about 130c while during the day, the most should be 340c. One of the best things about Ethiopian flowers is that, even if they’re grown under supervised environments, they can survive harsh climatic conditions hence can survive long after they’ve been cut. Ethiopian flowers are among the best because they use manure as fertilizers thus they’re organic.

They’re harvested in the morning hours as well as so as to maintain the quality. Also, they are sized directly at the farm then put in disinfected water before being transported to the pack house. Usually, the roses are harvested at cut stage 2 or 3 depending on the clients’ preference

At the pack house, there is an intake quality controller who sorts the stems. Each stem is graded in terms of color, bud size, shape, color, size, damages if any, strength and straightness of the stem. After this, they are immediately put into the cold room for a minimum of 5 hours. The bunches packed are done in line with the customers’ specifications.

After the bunching and grading, the roses are packed in customized boxes and stored in an outtake room as they await being transported to the airport. Before being packed on the refrigerated trucks, they are given a quality check to ensure only the best are taken.

Ethiopia can be named as the center of diversity when it comes to a lot of things and its bright, vibrant and exotic flowers not being an exception to this. So order today and be a part of Ethiopia’s beauty.

Are you a producer of Ethiopia Flowers or other products?

Apply to sell your produce directly to buyers worldwide.