Did you happen to know that Kenya Avocados are some of the most popular fruits in the country?

As a matter of fact it is only mangoes, bananas and pineapples that rank higher than these fruits often referred to as the wonder fruit or the gold fruit in Kenyans context.

The fruits are characterized by the smooth texture of their outer cover and a distinct subtle taste.

In Kenya, the locals endear the fruit so much that it is ever present in each serving. In most cases, whenever Kenyans serve their meals like a local dish called githeri-a mixture of maize, beans, a piece of the fruit accompanies the meal.

Kenya began commercially farming avocados only 40 years ago and fast forward the fruit has managed to insert itself as one of the country’s most valuable exports.

It is estimated Kenya earned more than 8 billion shillings from the sale of avocados last year which amounted from over 120,000 metric tons.

Trends witnessed in recent years that have seen more farmers enter Avocado farming shows you how the value of this crop has increased.

Some farmers are said to have even ditched crops they had been farming for a long time in favor of avocados.

These trends are understood to have resulted from the enormous gains that come with selling the fruit and especially due to its growing demand in the international market which at times even results in insufficient supplies directed into the local market.

The shorter time it also takes to mature is another reason unlike certain traditional cash crops like coffee.

Smallholder farming accounts for 70% of all avocados produced in the country for both local and external supplies.

But now with all that said and done, what is it that you probably do not know about Kenya avocados? 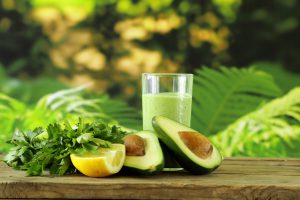 Have you taken note of the worldwide growing emphasis on going organic particularly in terms of the dietary choices people make?

People have become so cautious about what they consume that even studies show they are willing to pay more for organically produced products.

Now, the good thing with the avocados produced across the country is that no chemical sprays, growth substances or fertilizers are used in the growth as well as the processing of Kenya avocados.

And would that not come in handy for everybody eyeing organically produced fruits? My guess is a yes.

There are several varieties of Kenya avocados. However, only two varieties are farmed extensively across the country.

They include the Fuerte and the Hass varieties.

Hass variety has several qualities that endear it to exporters. They range from its prolonged shelf life, the fruits resilience to diseases and high yields.

Many farmers have jumped into Hass farming which they believe is the most yielding.

Of course other varieties last longer particularly when stored in the right conditions but still the hass variety is believed to stand out.

Another variety grown in Kenya is the Pinkerton avocado although it is in very small quantities.

There are definitely areas which record robust productions. Major growing areas of the fruits are

This might be one of the reasons one will give you whenever the argument of Kenya being the best place to source your mangoes in Africa.

There is barely a time when you cannot buy Kenya avocados although volumes of the fruits are what might differ depending on the time of the year.

In spite of the fact that they are available all year round, there is the low season and the high season of these fruits.

Nevertheless, February to September is the peak season whereby the fruits are available in large quantities while in the remaining months you can still source them although they are only available in minimal volumes.

The local market is definitely the first destination of the fruits.

However, there is a growing concern that so much is being channeled into the export market to a point where suppliers of avocados within the country are inadequate.

It definitely calls for production to be increased so that the demand is met within and outside the country.

In terms of the biggest markets for Kenya avocados exports, the United Arab Emirates, the Netherlands, France, Saudi Arabia, Russia, the United Kingdom and Spain in that order are the main destinations.

Globally, the country ranks sixth in terms of the leading exporters of avocados with the fruits responsible for 17% of Kenya’s overall horticultural exports.

In Africa, Kenya is the largest exporter with South Africa coming second.

The country represents 3% of the world’s total production.

This factor takes us to our final point.

The extensive farming of the fruits in Kenya means that avocados are not only plenty but also available in any quantity you would want particularly during the peak season.

The availability and easy access of a product in any field only means one thing, that as a buyer or a seller you get to enjoy competitive prices.

There are two apocalyptic moments in the last two decades that have been a bittersweet experience, in retrospect, to flower farming in Kenya. Surpassing tourism as the chief foreign currency earner for the government,...