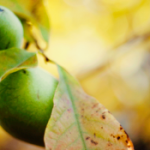 Kenya pawpaw is a stock of fruit-bearing trees that originated in Madagascar when the island was still piece and parcel of the continent of Africa before geological disintegration.  From here the seeds dispersed to the Americas especially to the southern part, which by then was geologically one landmass with Africa and Madagascar. This all took place a hundred and seventy-five million years gone by when the dinosaurs still roamed.

The true pawpaw, however, which is basically a little tree had its most direct origin in the eastern parts of North America. There, it has the acronym ‘Indiana bananas’ perhaps due to the pear shape and the fact that native Americans consumed it way before the discovery of America. It is now present in twenty-six states in indigenous form.

Out of the myriad of families and species that evolved over time, one species stood out which bore the fruit we now call in Latin Carica papaya.  South American papayas are diverse and fall into around forty-seven families of which C. papaya is the only true fruit.

The unique East African families of papaya are minimal-just two-in comparison with their South American counterparts. Without counting the true pawpaw, the two, which remained by accidental chance in the region when the rest were drifting off to the extreme west of the landmass were Cylicomorpha parviflora  and Cyclimorpha solmsii. Only the first one is available in East Africa. The other is native to the Equatorial coast of Gabon.

Here are some interesting facts about the pawpaw in Kenya:

A note on the etymological origin:

The name papaya itself leaves a legacy of place upon mention. It is but a twist of the original pronunciation of the term ‘papaia,’ from the Taino mother tongue in South America. The Spanish conquistadors would go on to call it papaya, a word that the English promoted to pawpaw.

Strange as it may seem, the de Soto explorers reportedly gave another tree in North America the term pawpaw, to separate it from its lookalike tree they had seen in South America, namely C. papaya. Maybe it was the same plant or a different genus.

A note on the first written records on the fruit in modern times:

The first historical mention of the pawpaw was in circa 1541. An expedition member from Portugal traveling with the famous explorer, H. de Soto claimed that the American Indians were harvesting and subsisting on a fruit which he likened to another native plant.  He attributed its pleasant odor and colorful green color as winning to the eaters. The team would soon give the fruit the name pawpaw.

There is a difference between the sub-tropical papaya and the American pawpaw. However, the disparity is minimal and one will often find people in tropical lands like Kenya and New Zealand calling each diverse fruit as simply pawpaw.

Now a review of the botanical features that separate the pawpaw groups that grow in Kenya:

One of the difficulties of growing pawpaws is that they are indistinct from each other: it is hard to tell male, female or bisexual trees apart until they develop into maturity. Then one can distinguish between the three main kinds of plants depending on how they bloom. Basically, the three groups include:

Now a note on the varieties of Kenya pawpaw:

It seems odd to note that the gigantic papayas of millions of years ago little resemble the modern ones that farmers grow. Thanks to interbreeding and other forms of cultivation, the pawpaw has grown into a multiple-cultivar fruit. The following are some of the sub-species of C. papaya  to choose from in terms of varieties in Kenya:

Now a look at the new insights that have visited upon the Kenya pawpaw sector:

In terms of varieties, the Red Lady F1 that Kenya obtained from the Philippines in 2016 was one of the breakthroughs of recent times in pawpaw farming. In appearance, the fruit has blood-orange flesh and has extremely sweet taste.  In weight, the fruit is medium sized as it weighs from a hundred to six hundred and fifty grams.

Some of the improved qualities of Red Lady F1 is that it has the ability to offer three-time harvests per 12 months. Most common varieties produce biannually, which makes this a ready choice for exporters.  Its other attribute is the prolonged growth period that goes for up to ten years.

In the health department, papayas have offered relief to various diseases and their abilities have even gone into moral grounds. For instance, they have abilities to serve as abortifacients due to the rich milky extract from the fruit when still firm and green. This juice has the ability to induce abortion while those looking for family planning can use the juice as a natural contraceptive.

The presence of carpaine, which is an extra-nutrient in the alkaloid group is also a heart depressant. This means that it has the ability to lower the chances of the heart getting too much aroused to unhealthy levels due to excessive neurotransmission.

Another relatively new insight on pawpaws was in 2009 when scientists from the National Science Foundation got a grant to perform gender change in C. papaya. This was through the study of the genetic makeup of the plants and how they contribute to reproduction. This lay the grounds for the interbreeding and discovery of better yielding and disease-resistant varieties. Some of the indirect outcomes of the scientific experiments include the rise of some of the F1 cultivars.

Now for the major new insight on the pawpaw in recent times:

In 2017, scientists vouchered for anti-cancer effects of raw papaya. Though this had been a known fact since the early 2000s, it was an up-to-date discovery that traced the A. acetogenins  part of the pawpaw right from extraction to their inclusion in consumer foods. These are compounds that come from fatty acids and have multiple abilities against ailments. They fight malaria, viruses, amoeba, tumors and other unrecorded folk ailments. This most recent discovery even incorporated the extract into a medicinal capsule that both fights cancer and expels parasites. There have also been commercialized supplements made of the papaya’s extract that have provided anti-cancer effects.

How about the common uses of Kenya pawpaw?

With its combination of vitamins and bioactive components, the pawpaw is a staple in Kenya especially in nurturing children. It serves as mashed breakfast, common fruit pie, natural juice, jam ingredient and confectionary component.  In some communities, when not its bioactive compounds are not undergoing extraction from the unripe fruit, papaya goes into cooking in form of a vegetable. There are even areas where the tender leaves of the shooting plant serve as food.

As such, the main ingredients that make the fruits worthwhile to eat include:

Finally, a look at the export potential of growing pawpaws in Kenya:

Despite their availability in North America, Kenya pawpaws are an evergreen cash cow for growers because of their exotic varieties. The main export markets include Europe. The region has increased its import capacity from 30,000 tons five years ago to 40,000 tons in 2016. The great news for the would-be exporter is that the European Union imports virtually all of its fruits from  third-world countries including Kenya. This exempts Australia, a major growing country. The select European destinations include Germany and Holland. The shipments first reach Holland before resale in Spain, Portugal and Britain.

In recap, it is clear that pawpaws from Kenya stand at the crossroads of food and disease prevention. While historically they have offered food alternatives to native communities, nowadays, they  have become super foods for various uses. Fishermen have even used the sweet-tasting flesh of the fruit to bait fish from the world’s oceans. From fighting cancer to preventing heart disease, these plants now rank as some of the most important to have in your orchard. It is also interesting that they thrive in both the tropical and subtropical regions, bordering on temperate locales like North America. Their varieties keep on improving, which makes them a great crop to grow today!