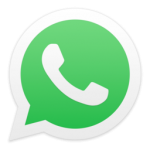 Kenya Avocados’ impressive volumetric growth rate per year and access to new markets has helped the country to overtake South Africa as the number one exporter of avocados from Africa. According to Trade statistics from International Trade Centre (ITC), the East African country became the 11th largest exporter avocados in the world in 2017, exporting a record volume of 51, 507 tons to the world. South Africa, traditionally the lead exporter of avocados from the continent, relinquished the position and trailed Kenya for the first time in five years with 43, 492 tons.

Statistically, as the top performer in the Africa avocado exporting industry, Kenya holds 1.3% of the total world volume. South Africa follows by 1.1 percent, a depreciation from the 2016 peak of 1.6% when it was Africa’s export champion. Even though these two countries’ figures are a far cry from the 48.4 percent market share of Mexico, they are nonetheless impressive for each country. While Kenya boasts new markets like the Russian Federation and South-east Asia, South Africa has over 90% of its exports going to European Union countries. 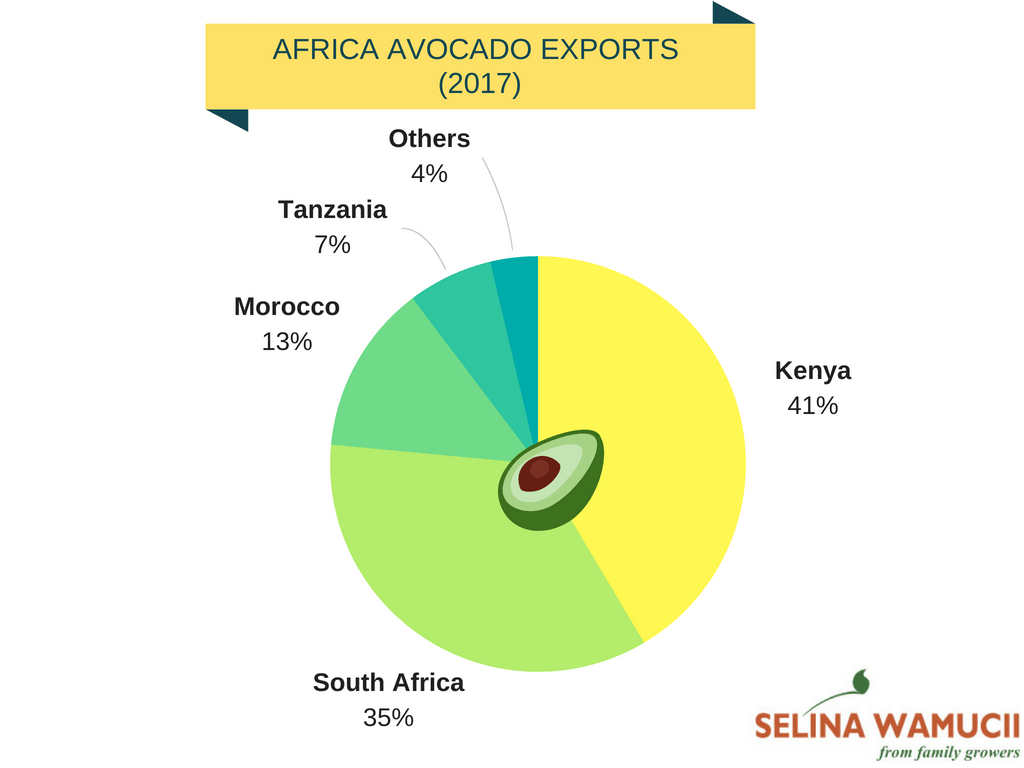 Kenya buoyed its stake towards its current top exporter position by scoring better growth than South Africa in the 2014-2015 timeline. While its southern counterpart registered 26% margin of growth, Kenya more than doubled its yearly rate to reach 34%. Though it was still second to South Africa’s diminished output for that year, Kenya’s 2015 export volume of 38,895 tons had closed in on the 30,000-ton mark for the first time.

In the 2015-2016, Kenya still had the better of South Africa with its 20 percent growth margin over South Africa’s 19%. The lead to the top volumetric position would however have to wait until a year later. Indeed in 2016 South Africa still topped Kenya with a total export volume of 57,866 tons versus Kenya’s 46,682 tons.

In 2017, one year before the lifting of the ban, tables turned in favor of Kenya thanks to a 10-percent growth rate. A massive depreciation in South Africa’s stake in the avocado market saw negative 25 percent growth rate. This clincher also assisted Kenya to make away as the top avocado exporting nation in Africa. By the end of 2017, Kenya had exported 51,507 tons of avocados. South Africa had only managed 43, 492 tons from its previous high of over 57000 tons.

Export analysts expect a growth rate of between 20 and 30 percent for Kenya avocado exports. 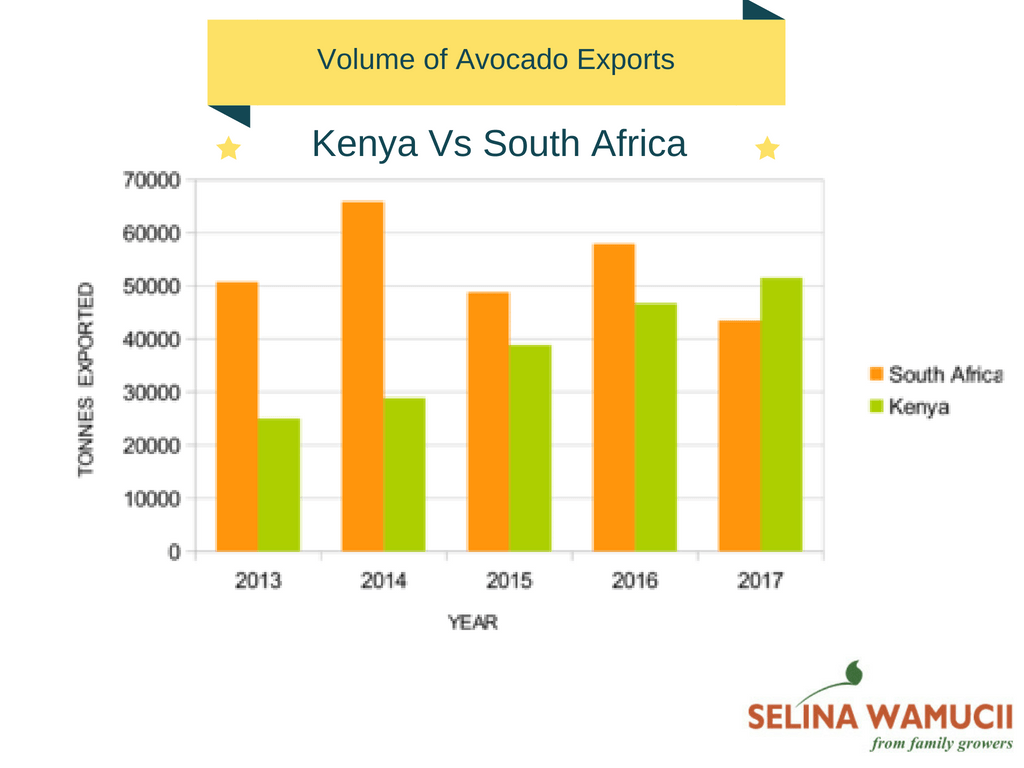 South Africa mostly looks to the EU while Kenya looks to the East for their markets. Kenya’s pool of the biggest importers includes the United Arab Emirates, Saudi Arabia and more recently, the Russian Federation. The UAE tops the list with some 12, 041 tons for 2017 . Saudi Arabia is Kenya’s fourth largest importer with some 4, 874 tons worth of imports in 2017.

The second, third, and sixth major export markets for Kenya avocados are all in Europe. The Netherlands leads the pack with 10, 556 tons of the fruit from the 2017 statistics. France is the third biggest importer: its net volume stood at 10, 423 tons in the same year. The United Kingdom and Spain close the top 7 with volumes that verged on 2,944 and 1,734 tons respectively in 2017.

A set of newcomers that will continue to buoy the Kenya avocado market include Singapore, Qatar, China and Egypt. Egypt is the biggest importer among the pack with 2017 volumes of 12, 251 tons. Singapore is an important market in Asia: next to Japan, Thailand and South Korea, it ranks highly among the biggest avocado importing nations.

Asian markets like China and the Middle-east will also help to sell much of Fuerte which Kenya grows and seldom makes it to Europe where Hass has the market hold. 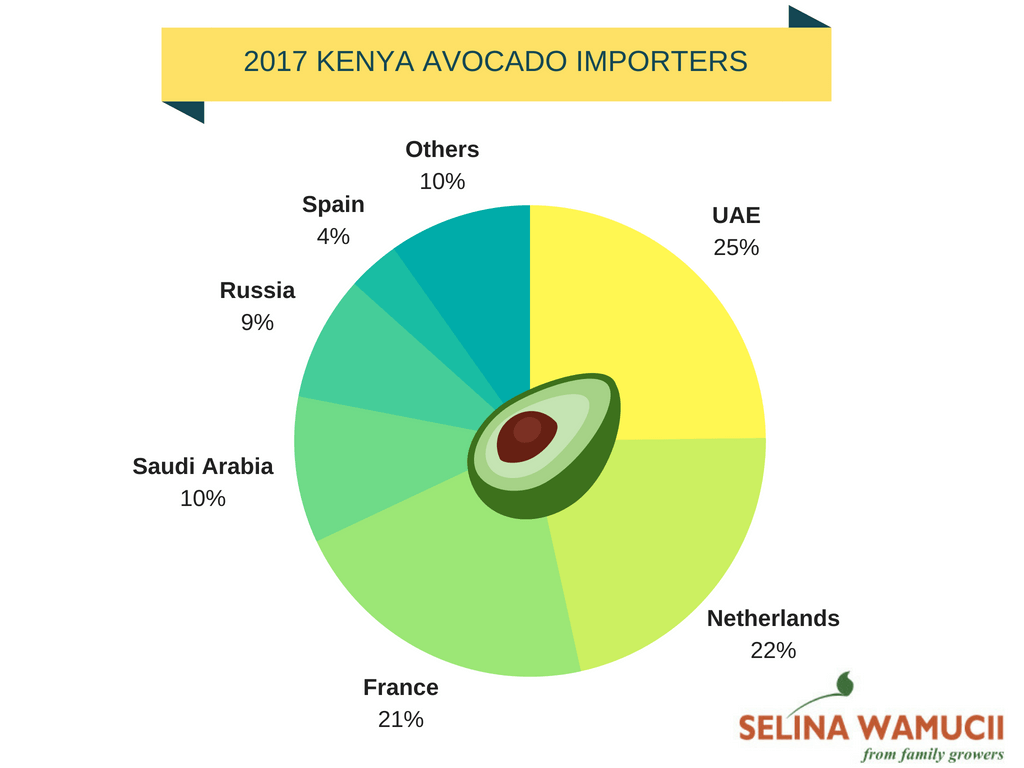 Since the Netherlands is the grocery capital of Europe, Kenya has a vantage point by being the number two main exporter from Africa. The growth rate has been phenomenal: from a negative 18 percent in the 2013-14 period, the margin upped to 57% in the 2014-15 timeframe and then took off to 101% in the 2015-16 timeline. Though the margin depreciated by 3% due to Brexit and other ramifications in 2017, this country in the heart of Europe still remains a key export destination for Kenya.

One of the major reasons why Kenya avocados will grow from strength to strength is the burgeoning trade with the strategic newcomer, the Russian Federation. After boycotting fresh fruits’ trade with the European Union in 2014, Russia looked south and clinched deals with new trading partners. With Russia, Kenya stands a chance: Russia’s less stringent residual level controls that sometimes have deprived Kenya of its European market share are worth notice.

Russia and Italy are key destinations of the green skins in Europe. Italy is yet to make a mark in the Kenya avocado scene as Russia has done. This is why the bulk of local Fuerte goes to Asian destinations. 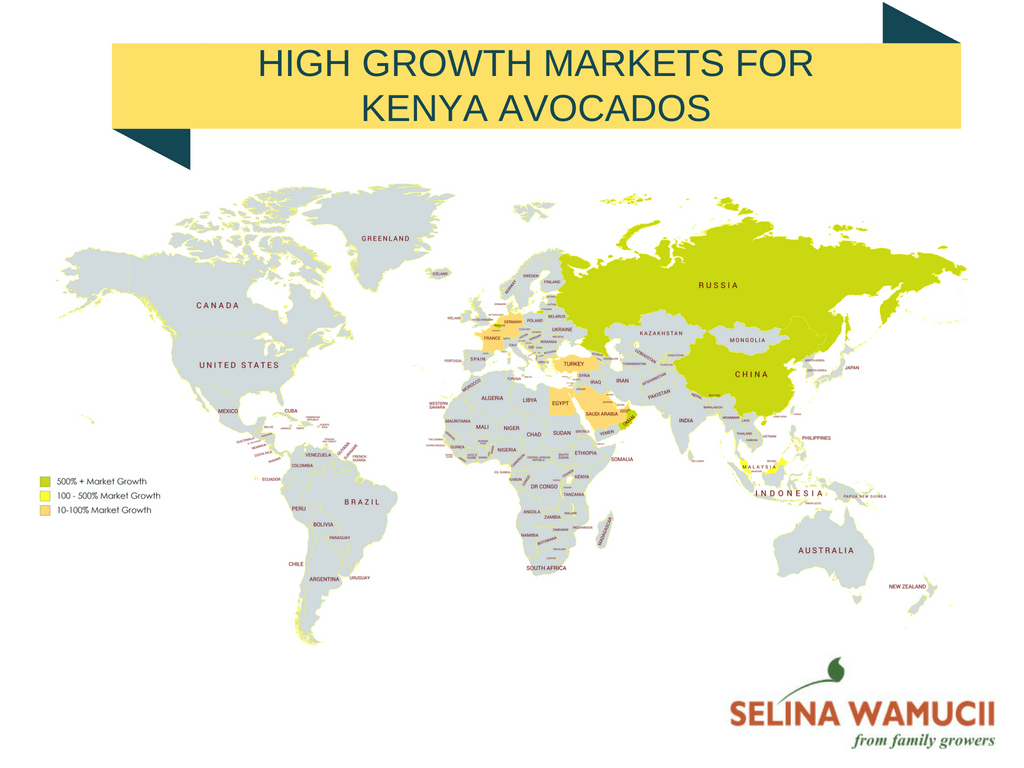 Kenya manages to produce 200,000 tons of avocados per year. Nearly a third of these go to the export markets. The rest are either consumed locally or receive value addition such as extra-virgin oil production.

20% of Kenya avocados are of the hass variety. 85 percent of Kenya hass avocados go to Europe especially the Netherlands. Fuerte constitutes 80% of all avocados meant for export. Local and exotic cultivars like jumbo, pinkerton and puebla make up the bulk of avocados in Kenya. Though these are popular in the local Kenyan market, there is growing interest especially from the Middle East especially when hass and fuerte varieties are in limited supply.

The growers of Kenya avocados are smallholder farmers who control over 80% of the production.

This is a perfect time for Kenya’s avocado industry. Not only has the country attracted export resumption to South Africa but has overtaken the latter to become the continents’ avocado powerhouse – a trend to watch.

Kenya is still in a strong position to sustain its avocado export dominance in Africa. This is aided by the fact that Kenya’s smallholder farmers are robust and with the emergence of agri-tech players like Selina Wamucii who are making sourcing efficient, the country is well positioned to surprise the world.