Need to know the profitable crops to grow in your country? Click here 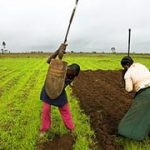 Add better irrigation, improved access to microfinance, and agritech and you have the secret to Kenya’s impressive show in the latest African Union (AU)’s scorecard. Missing out by a 2/5th of a point to score half the points, Kenya has nonetheless made an important milestone in its agricultural transformation. The Africa Union’s Africa Agricultural Transformation Scorecard which took place in April 2018 in Gabon documented nations on the continent that had transformed their agriculture per the Malabo Declaration.

In the scorecard, Kenya harnessed 4.8/10, which ranked it as the eighth country among forty seven nations in the AU with agricultural improvements.  The major highlights for the progress include giving farmers access to credit through informal banking and microfinance. There is also a 281% rise in the number of irrigation projects especially in Kenya’s dry regions.

This was courtesy of the sessions that took place between the 28th and 29th of January 2018. The full report did not come out until the end of April, and it is the first of its kind. As always in many progress-related aspects, Rwanda was the highest ranked country in the report. The following is a look at the Malabo Declaration and an examination of the areas where Kenya scored best.

The Malabo Declaration was a fruit of a special session of the African Union that took place in 2014 in Equatorial Guinea. The meeting aimed to transform agriculture on the continent for both economic and livelihood gains. Some of the important milestones that member states were to meet included:

1.The eradication of food insecurity and the resultant hunger by the mid-2020s.

2.Cutting post-harvest losses by half margins by the mid-2020s.

1.Dependence by the continent on climatic, market and other factors to nurture its agricultural sector despite the uncertainties in each of the factors.

2.Poor preservation of both plant and animal life to steer farmers through hard times. This is mainly due to low involvement by the administrators and other policy makers.

3. Lack of involvement in agriculture by complementary sectors.  Some of these include infrastructure and education.

4. A low score on agrochemical and agribusiness arms of the sector had led to a non-impressive score card of Africa’s agricultural products in competitive markets. This was especially relevant as the Abuja Declaration of 2010 had focused on improving growth in the two niches.

In the Africa Agricultural Transformation Scorecard, Kenya received a special mention as having a 281% hike in the acreage under irrigation. In 2017, the government proposed to put one million acres under irrigated schemes. One of the mega projects was the Galana/Kulalu  scheme that lies  in a two-river basin along the Coast. It covers about 1.8 million acres.

As relevant to the Malabo Declaration’s mention of multi-sector involvement in agriculture, the Galana/Kulalu project has two airstrips serving it,  has current eighty-seven kilometers of road under murram and 150 kilometers under tarmac. There are also both farming and herding activities to complement one another, including areas for fish, dairy, beef, apiary and horticulture. So far plans are underway to put at least 177, 136 acres under sugarcane, 93,540 under maize, and fruit trees in some 42, 817 acres. Horticultural produce will garner 42,817 acres, while the rest will be under animal rearing and processing.

There has also been an expansion of the existing rice, cotton and sugarcane irrigation schemes that range from Hola and Bura in Tana River county to Mwea in Kirinyaga. Others include Bunyala in Western Kenya and Ahero in Nyanza.

Kenya’s role in pioneering mobile payments through MPESA is unquestioned: what remains unknown is whether credit is accessible to farmers via their mobile phones and other means. But according to the AU, a part of the reason the country scored highly was the fact that 83% of its smallholder farmers access credit. This contrasts with host country of this scorecard, Gabon, which had just 0.1% as far as agricultural funding was concerned.

The factors that have chipped in to Kenya’s progress is the multiplicity of microfinance outlets that liaise with mainstream banks on behalf of the farmers. Women’s groups, farmers’ SACCOs and informal mobile-based financiers are just some of the generic establishments that lend to famers.  It is also notable that former credit facilities such as Agricultural Finance Corporation (AFC) has now turned into a full-fledged bank to cater for family growers.

External agencies that have come to give family growers easy repayment terms with no security include the United States Agency for International Development and Alliance for Green Revolution in Africa. The latter not only offers financial services but educates through field drives.

To the rescue for other marginalized smallholder growers who cannot meet the terms of either microfinance or external NGOs are mobile system funding projects via MPESA-registered apps. The benefit of these apps is that they are accessible on any phone. Secondly, their providers are people who are familiar with farmers’ worries about crop failure and other reasons that may lead to breach of payment. Thus, they tailor their loan repayments based on crop seasons and thus alleviate the fear of  not meeting immediate loan deadlines.

Kenya is outperformed by neighboring Tanzania in budget allocation in its agricultural docket by 3 percent. In 2016, Kenya channeled 6 percent of its funds into farming while its southern neighbor gave 9 percent to the sector. This is a rise from the mere 2 percent that the country invested in the industry in 2003.  Nevertheless, the African Agricultural Transformation Scorecard stipulates a  minimum 10 percent injection of funds into agriculture.

Going by the impressive results of the scorecard, it is apparent that the big changes come from without rather than within: per the Malabo Declaration, investment in infrastructure in agricultural areas complements the latter. Similarly, multi-billion projects on highways and feeder roads in agricultural areas have made the country better than its regional competitors like Ethiopia.

If the government’s Big Four action plan comes to bear fruit, it will help propel the nation towards the 10% milestone by the 2025 deadline of the Malabo Declaration. This will be possible through the help of the counties which receive the bulk of monetary allocations each year for their spending. The total allocation is almost a third of the state’s economy: at KSH 302 billion, which may be under review in 2018 due to a KSH 70 billion deficit, the counties have the lion’s share of the economy. It is remarkable that most of these funds go into agricultural schemes in the rural areas.

How the country has failed in other Aspects

Despite the above gains, the following highlights reveal that Kenya still needs to up its game to meet the following Malabo Declaration stipulations:

50 kilogram-per-hectare fertilizer usage: while this is the recommendation for African countries to meet in their agricultural aims by 2025, the country has planted its stipend at the telltale 6.2 kilograms-per-hectare. Perhaps this is out of concern that some of the fertilizers in use lead to unacceptable produce abroad. Instead, farmers rely on farmyard compost, which requires about 6 tons per hectare to meet the nitrogen minimum in the soil.  To alleviate this outcome, farmers  can use organic alternatives like vinegar fertilizer,  compost tea and low ammonia fertilizers.

Common public agenda: instead of focusing on a unified agricultural set up, Kenya has as many as 47 policies strutted out across the various administrative units. This is as opposed to Rwanda, whose agricultural agenda lies at the behest of the president. The closest the country has come since the big-time agricultural policies of the 1970s that bore such icons as AFC and farmers societies is the Big Four action plan. The fact that it embraces all sectors regardless of political units has the ability to transform the agricultural sector.

Agro-processing is one of the vital projections of the 2010 Abuja Declaration that preceded the Maputo Declaration. In it, Kenya has made little effort. For instance, its cashew nut processing still lies like the rest of Africa in comparison to the rest of the world at an insignificant portion of every nut produced. A study finds that the efficiency level of agro-processing in Kenya stands at 44%. While this may seem little, it however showcases good efforts from players in especially the dairy, tea and sugar industries. The three industries have state parastatals that run factories for farmers nationally. These include the Kenya Dairy Board for milk processing, Kenya Sugar Board and Kenya Tea Development Authority.

It is ironic that the relative better performer in agro-processing is beverage production, is a mainly private sector concern. Juice and concentrate makers are mostly stationed in Thika and Nairobi. They are bottlers of canned drinks and confectionaries from such fruits as pineapples, oranges and mangos.  A study shows that in comparison with food processing at 53 percent, beverage processing scores best in Kenya at 60 percent efficiency.

What Government Could Do To Improve Agriculture

In order to improve the lot of agriculture, the government needs to carry out the following performance gauges to meet the Malabo Declaration herms: 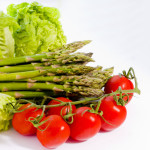 •Apportion more land to three main irrigated crops, namely maize, peas, fresh vegetables, spices and nuts. Due to drought, maize has in recent times become an import yet the country can irrigate it and offer surplus. Groundnuts and cowpeas are also major sources of cash for communities in the Tana River irrigation projects.

•Invest more on dry land growth of such crops as soya, sorghum, millet, and sesame. Locally known as simsim, the latter is one of the most important dry land crops as it withstands desert heat of up to 45° Celsius and yet it produces perhaps the best known vegetable oil. There are also upcoming nuts with high appeal such as macadamia that will offer the necessary boost to agriculture due to their surging demand.

•Investing on processing plants to curtail post-harvest losses. This will be in tandem with the pillar of the Malabo Declaration which was to act as a catalyst towards food security in Africa through the prevention of crop losses after harvests. It is laudable that the government founded mango processing factories in Hola-a major ngowe mango region-and Kisii in this decade. Other fruits that need similar terms include avocado, oranges and passion fruit.

In conclusion, Kenya’s placement in the eight position among African countries with the best scorecard in agricultural transformation since 2014 is only the beginning. The visionary date of the Malabo Declaration is just seven years to go and by then the country should have made progress in missing areas. These include the unmet 10% budgetary injection in agriculture and the use of subsidies to meet fertilizer needs. The latter are now just 1/8th of the 50 kilograms-per-hectare target as the African Union has stated. In short, the country is headed in the right direction in meeting its promises for the 2025 date if it outperforms the recent scorecard.