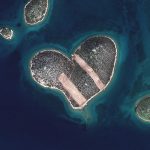 With the deployment in space of the ten-centimeter cubic nano-satellite by Kenya on May 11 from the International Space Station, agriculture is bound to change. This follows the satellite’s terrestrial launch a few days ago. The craft that is the brainchild of University of Nairobi and a Japanese aeronautical firm is set to observe agricultural patterns all over the country. Besides, it will beam data back to Kenya about the coastline which will not only help to manage the erosion but will improve security.

The Kibo-CubeSat is not the only satellite as on May 10, a predecessor cube also underwent launching in Nairobi. Named Africa Regional Data Cube, the satellite will be strategically important for the East African and West African regions as its scope will be wide-reaching. This is a multiple-agency undertaking, including a local private university and the Deputy President’s office.

Geographical impact: the satellite will have the scope of rotation in various corners of the continent. It will therefore strut two main regions including the Western and Eastern parts of the continent. The direct beneficiaries will be Senegal, Kenya, Ghana, Tanzania and Sierra Leone.

Farming impact: the main utility of the satellite will be to help nations manage cultivated land in extensive landmasses. Countries will also be able to manage seasonal weather patterns such as dry and wet spells to avoid the ravages of globe warming.

Farming implications will also extend to the forest belts. Unlike drones which have marginal scope of observation, the satellite will offer Kenya and other countries a holistic view of forests. Governments will underline desertification areas and replant trees. It also comes at a time when Kenya is battling logging in virgin forests such as Mount Kenya. The country will hence use the data from space to keep logging manageable.

The impact on water catchment areas will also be essential. For instance, with satellite imagery, it will be possible to cost-effectively monitor the water levels of dams, rivers and lakes. This in turn will aid the government to control water usage for irrigation and other activities. The country currently has to improvise a team of researchers to visit its water catchment areas such as Ndakaini dam to explore its water volume which could be easily done from the bird’s view of a satellite.

Climatic impact: global warming is without doubt the leading cause of poverty in communities in Africa that depend on agriculture. The Regional Data Cube will map out comprehensive data on the resulting effects of the degradation of the ozone layer. It will hence guide countries to manage the resulting erratic climate patterns.  Most importantly, it will present uniform analysis of what to expect in future weather patterns from current observations.

Relief for pastoralists: pastoralism activities are some of the most affected by drought and satellite data will help manage grazing areas. Based on predated information, the government will inform herders to stock up on fodder and hay to anticipate droughts. This will enable them to stem the trend of selling cattle at a song to profiteers when they are at the verge of dying.

Rural agriculture impact: one of the most important uses of this satellite will be to orientate farming in smallholder farming areas. With the terrestrial information that climate scientists and geologists will interpret, it will be possible to know which crops to grow in a given area. This will end the trial and error method that is currently in use across the rural areas.

Current Challenges in the Face of the Regional Data Cube

It is however observable that in spite of the coming of this cost-effective and efficient agricultural satellite, governments in Africa may not fully utilize the free information they tap from it. This is if the low utility of foreign satellites information, currently, is anything to go by. Most states still languish from global warming effects yet the information is at their fingertips. Some may observe that it is costly to use foreign data at one million dollars per annum.

Nevertheless, the fact that this is the first co-owned satellite of its kind in Africa will see more long-term commitment to data analysis by the states. Kenya, for example, will want to prove that it did not just help launch the craft for vanity: it will use the data over a lengthy period and then interpret it to manage the ever erratic rain and drought patterns of this decade. The country is also keen to play its part in implementing the stipulations of the Malabo Convention and the Agenda for Sustainable Development. Both strategic goals have a 2030 deadline and touch upon agricultural productivity.

As the only satellite solely developed in and for Kenya, with Japanese aid, the Kibo-CubeSat will also have a direct effect on an improved agricultural scene. Using analogies from Nigeria, which runs a similar satellite, it will be possible to oversee events of national importance. The West African nation has used its thumb sized cube to beam information on volatile electioneering in southern states, observe oil refining in the Niger Delta and improve cashew nut production. The SatX, as it is called, also aided the country comb for some two hundred and twenty three girls that Boko Haram had allegedly kidnapped.

Farming impact: farmers in Kenya will benefit especially due to the strategic placement of the country on the earth’s o° meridian. This latitude means that the country can easily keep its satellite in a geostationary position for long-term observation of farming activities. It can also have a wider orbital scope that registers activities from surrounding countries to help interpret data for farmers.

Northern Kenya impact: one of the most marginalized areas of the country is the north of the equator, namely Mararal, Marsabit, Turkana, Mandera and Moyale. These regions experience near-desert conditions and yet they are key producers of cash crops such as water melon via irrigation. The new satellite can observe water levels along such rivers as Ewaso-nyiro and water bodies like Londian Swamp so as to maximize on agricultural potential during extremely dry times.

Coastal reef observation: because water mass accounts for three-quarters of the terrestrial surface, some sources say that it is even less explored than even space. With the use of satellites, Kenya can not only observe its coral environment through remote sensing so as to maintain it, but can forestall erosion by analyzing ocean temperatures. If tides rise due to changing heat patterns, they cause ocean level rise and consequential overflow in form of tsunamis. This can sweep away vegetation, ecologically important mangroves and even human settlements along the coast. The use if the infrared imaging technology within the satellites can help update ocean stream temperatures and anticipate catastrophic events.

Free access of data by smallholder farmers: via their mobile phones, family growers in Kenya will be able to interpret data for themselves courtesy of scientific posts online. This is because with its home satellite, the country does not have to pay an annual fee of a million dollars to analyze the outcome of this information. Furthermore, the use of the nano-satellites gives Kenya access to other satellite information that was withheld for a fee up to now. It will be possible to download information that goes back to the past half a dozen years from other regional satellites. Farmers will reap the fruits of this initiative through collaboration with tech developers who will offer mobile applications that harness the satellite imagery from offshore servers.

This means that Africa’s agriculture is set to develop far and wide with the launch of especially the shared data cube. With Ethiopia set to implement its similar program in coming years, it follows that the continent will be on first-gear towards battling the effects of climate change. It is family growers who will benefit most, however, as they do not have to rely on uncertain weather predictions: they will download images direct from tech developers to guide their farming.